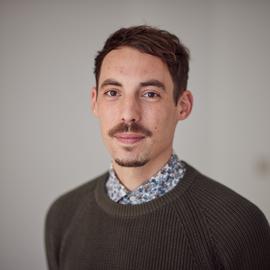 Hello there. I’m a researcher at the Oxford Internet Institute. Here, I’m part of the research program Adolescent Well-Being in the Digital Age, where I study (surprise!) the effects of technology use on well-being and performance.

Technology and its effects have long been a focus of my work. During my PhD, I focused on the effects of always being connected via our phones on attention and cognitive control. These days, I’ve shifted that focus to video games and how play impacts people’s mental health. I rely on large-scale (behavioral) data analysis, experiments, experience sampling, and surveys.

It is often assumed that traditional forms of media such as books enhance well-being, whereas new media do not. However, we lack evidence for such claims and media research is mainly focused on how much time people spend with a medium, but not whether someone used a medium or not. We explored the effect of media use during one week on well-being at the end of the week, differentiating time spent with a medium and use versus nonuse, over a wide range of different media types: music, TV, films, video games, (e-)books, (digital) magazines, and audiobooks. Results from a six-week longitudinal study representative of the UK population 16 years and older (N=2159) showed that effects were generally small; between-person relations but rarely within-person effects; mostly for use versus nonuse and not time spent with a medium; and on affective well-being, not life satisfaction.

People have never played more video games, and many stakeholders are worried that this activity might be bad for players. So far, research has not had adequate data to test whether these worries are justified and if policymakers should act to regulate video game play time. We attempt to provide much-needed evidence with adequate data. Whereas previous research had to rely on self-reported play behaviour, we collaborated with two games companies, Electronic Arts and Nintendo of America, to obtain players’ actual play behaviour. We surveyed players of Plantsvs.Zombies: Battle for Neighborville and Animal Crossing: New Horizons for their well-being, motivations and need satisfaction during play, and merged their responses with telemetry data (i.e. logged game play). Contrary to many fears that excessive play time will lead to addiction and poor mental health, we found a small positive relation between game play and affective well-being. Need satisfaction and motivations during play did not interact with play time but were instead independently related to well-being. Our results advance the field in two important ways. First, we show that collaborations with industry partners can be done to high academic standards in an ethical and transparent fashion. Second, we deliver much-needed evidence to policymakers on the link between play and mental health.

Abstract. In the last 10 years, many canonical findings in the social sciences appear unreliable. This so-called “replication crisis” has spurred calls for ope

You can filter publications.
Psychological Science Accelerator Self-Determination Theory Collaboration (2022). A global experiment on motivating social distancing during the COVID-19 pandemic. Proceedings of the National Academy of Sciences.

Niklas Johannes, Philipp K. Masur, Matti Vuorre, Andrew K. Przybylski (2021). How should we investigate variation in the relation between social media and well-being?.